Although whales accumulate Bitcoin, investor sentiment is still gloomy when Bitcoin fluctuates below $21,000.

Bitcoin’s macro indicators are currently bottoming out, signaling a potential bull run. After a volatile month in the crypto market, Bitcoin hovers around the $20,440 mark . Many investment funds are in debt because of the market slump.

On-chain (on-chain) data shows that BTC accumulation was at a high throughout June, when Bitcoin hovered below $22,000 . This index grows as wallets holding less than 1 BTC and whales owning more than 10,000 BTC constantly “bottoming” Bitcoin. 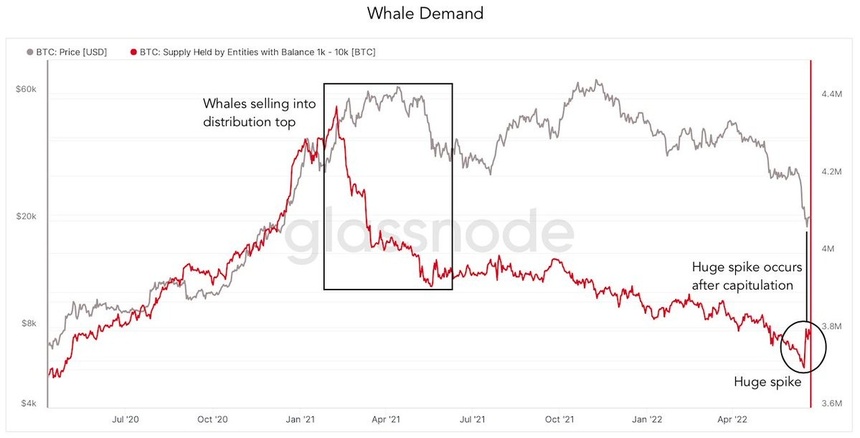 In June, the BTC holdings of the long-term holding pool decreased by about 181,800 BTC, the total balance of the holding pool returned to the level at the beginning of September 2021. This number represents only 7.16% of Bitcoin’s total supply. If long-term holders continue to sell Bitcoin, it is likely that many in this group will “discharge” BTC.

Blockchain data shows that the supply held by long-term investors over the past six months has decreased by 168,500 BTC. It is estimated that around 13,300 BTC are sold each month, representing about 7.3% of the total.

Currently, investors are still worried. Data from Alternative shows the Bitcoin Fear and Greed index at 13/100 on June 29. This is a metric to gauge the general sentiment of investors. Traders are in a state of extreme fear.

According to Glassnode , Bitcoin’s macro indicators from technical analysis and on-chain data are at all-time lows right now. This coincides with historical bear markets.

From the beginning of 2022 until now, the prices of assets such as stocks, bonds and cryptocurrencies have all been in the red due to global inflation. Regulators tighten the currency, putting pressure on the cryptocurrency market.

In particular, highly leveraged investment funds have to reallocate collateral assets as the payment term approaches. This is the case with both traditional finance and blockchain.

Meanwhile, Bitcoin and Ethereum, the two leading cryptocurrencies, have fallen below the all-time high of the previous cycle. This is also the first time in history that BTC and ETH have both lost this support. 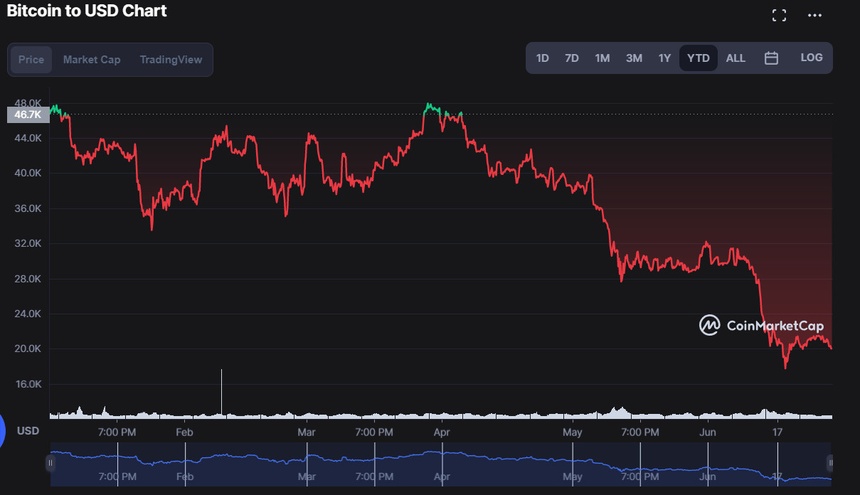 This has caused the majority of investors in the market to fall into a position of nominal loss. At the same time, as global inflation began to soar, more and more users liquidated their holdings, having to lock in record losses.

After the collapse of the Terra ecosystem, 3AC faced margin loans and a severe drop in the cryptocurrency market. Currently, this venture fund is falling into debt. Voyager Digital, a cryptocurrency brokerage company, lent 3AC 15,250 BTC and $350 million C.

Three Arrows Capital needs to repay C $25 million and all outstanding loans to Voyager Digital by June 24. However, so far, 3AC has not been able to pay, falling into a liquidity crisis. Voyager Digital announced 3AC default on the morning of June 27.

Big Tech in trouble in Europe

How does Logistics 5.0 change lives?

Ukraine says the cities of Kramatorsk and Sloviansk in the Donetsk region are coming under fire from Russian forces, as Moscow ramps up its advance in the region. Oleksandr Goncharenko, mayor of Kramatorsk , capital of the...
Read more

A court in Khimki, a suburb of Moscow (Russia) has sentenced American basketball star Brittney Griner to nine years in prison for smuggling and drug possession, according to RIA Novosti. In addition, the court also...
Read more