After US House Speaker Nancy Pelosi arrived on the island of Taiwan, the Chinese Ministry of National Defense announced that the country’s military was put on high alert.

China’s military also announced that it will conduct live-fire drills in six seas and skies around the island of Taiwan from August 4-7, Xinhua reported. Beijing also warned civilian aircraft and ships not to enter the exercise area.

According to Bloomberg , China’s conduct of the exercise after Ms. Pelosi is scheduled to leave Taiwan on August 3 shows that this is a cautious response.

Map of areas where China will exercise around the island of Taiwan. Photo: Xinhua. 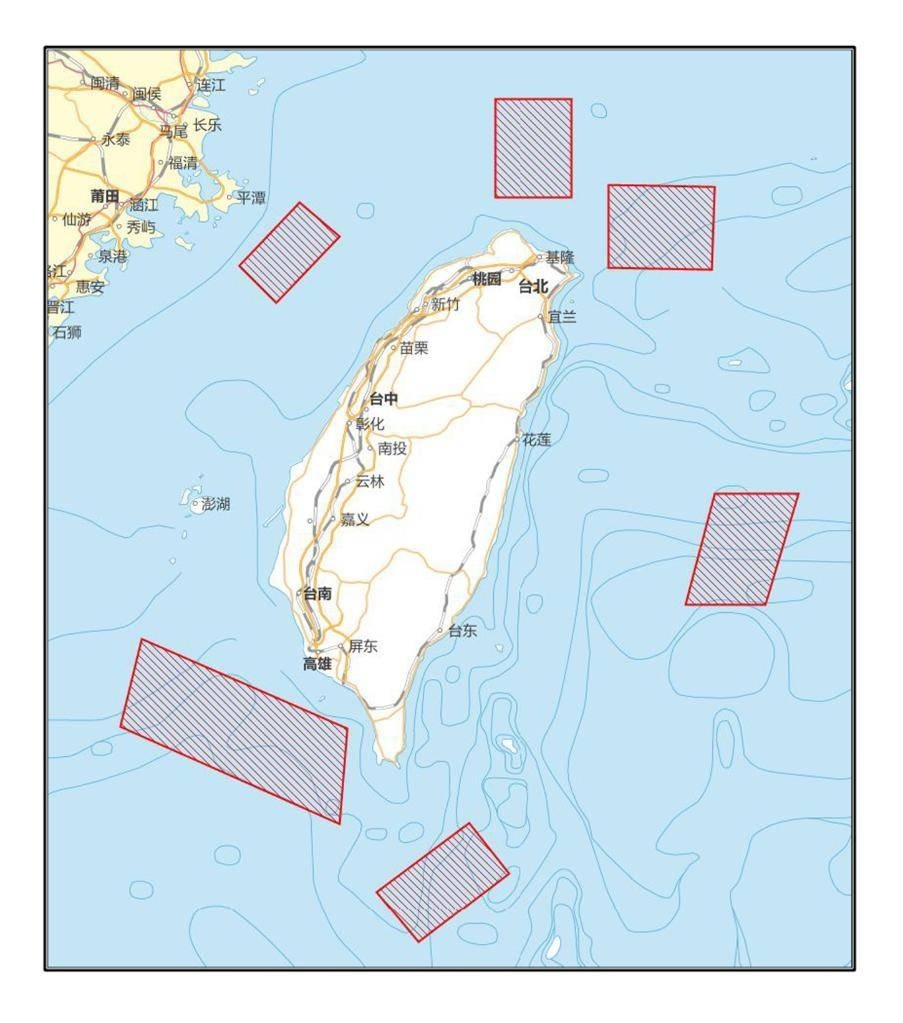 Meanwhile, the Chinese military’s Central Theater Command announced it would conduct a series of “joint military actions” around the island of Taiwan from the evening of August 2, with the participation of both the navy and air force in Taiwan. waters north, southwest and southeast of the island of Taiwan.

The force also announced it would test-fire long-range weapons in the Taiwan Strait, as well as conduct live-fire drills in waters east of Taiwan. These actions are aimed at US actions on the Taiwan issue, Reuters reported.

In a statement on the night of August 2, China’s Foreign Ministry declared Ms. Pelosi’s visit a “serious political act”. “All consequences arising from this action must be borne by the US side and the separatist forces,” Bloomberg quoted the agency as saying.

“No matter how much people like Ms. Pelosi act to support the island of Taiwan and contain China, they cannot prevent the reunification of China,” the Global Times quoted a statement from the Taiwan Affairs Office. Loan. “The fatherland is definitely united.”

Fairy landscapes are well hidden in the mountains and forests in China: It is...

As a perfect combination between Jiuzhaigou and Huanglong, Mani Gou in China has a beautiful fairyland, completely conquering the hearts of travel lovers around the world. In Sichuan province, everyone must have heard of Jiuzhaigou...
Read more

Cristiano Ronaldo promises to be a deal worth waiting for but can also bring problems, in case he moves to Chelsea. Ronaldo is seriously considering leaving Man Utd. He refused to join the army four times...
Read more

A 70-year-old Asian woman was brutally beaten and robbed by four minors in broad daylight at an apartment complex in San Francisco. Four minors approached Ms. Ren, 70, on July 31 in the hallway of...
Read more

BA.5 Omicron surged to “domination” in the US, the number of Russian hospital admissions...

The new wave of Omicron is increasing "gallopingly" throughout Europe and America in parallel with the rapid invasion of two sub-variants BA.4 and BA.5 Omicron, which already account for 70% of cases in the...
Read more